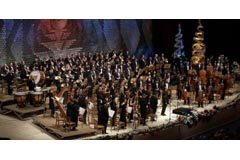 This year’s Emil Tchakarov Music Festival is running until September 5 in Burgas.

The festival has been organized by the Burgas Opera & Philharmonic Society.

Born in Burgas in 1948, Tchakarov was a Bulgarian conductor. He studied at the Conservatory of Sofia and after eight years became the youngest winner of the Herbert von Karajan Competition in Berlin.

At the time von Karajan said of him: "A brilliant musical memory, splendid talent, fine composition, and only 23 years of age".

Some of our readers are also interested in homes bg Sofia.