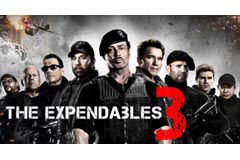 The filming of The Expendables 3 action movie is due to start shortly at Nu Boyana Film Studios in the south of Sofia.

The director will be Patrick Hughes (Red Hill).

Its predecessor, The Expendables 2, was also filmed in Bulgaria.

Some of our readers are also interested in homes bg Sofia.