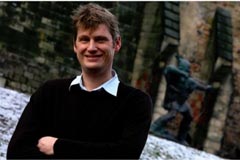 Speaking yesterday at the Atlantic Club, the British ambassador spelled out the reasons for his optimism about Bulgaria’s future.

Jonathan Allen cited, among much else, the country’s financial position.

“As the economic crisis unfolded, it became clear that the laws of economics had not been reinvented during the boom years, but were simply hiding in a dark alley waiting for the bubble to burst.

“Europe, in particular the UK, has put macro-economic stability at the heart of its policy response. It is the new measure of worth and attainment.

“On that basis, Bulgaria is a poster child. It might be the poorest EU Member State, but it is in the top three when it comes to deficit, public debt to GDP, and bank capitalisation ratios.

“In common with many of the Eastern European Member States, Bulgaria is growing at about double EU trend.”

The ambassador's full speech can be found here.